Fungi of the Candida genus cause diseases such as vaginal candidiasis (highly prevalent but not serious) and systemic candidiasis (rare but can be fatal in immunocompromised patients). Although some treatments are available, these infections are becoming increasingly resistant to drugs, so finding new therapeutic approaches is crucial for global health.

Dr. Toni Gabaldón, ICREA researcher and group leader at the Institute for Research in Biomedicine (IRB Barcelona) and the Barcelona Supercomputing Center (BSC), and postdoctoral researcher Dr. Hrant Hovhannisyan have identified fragments of genetic material in the Candida fungus that do not encode proteins but that are specifically expressed during distinct stages of the infection process. This discovery paves the way for new approaches to treat candidiasis.

“It’s the first time that non-coding RNA molecules in fungi of the Candida species have been studied systematically, and it has been an interesting finding to be able to identify some related to the infection process,” says Dr. Gabaldón. For each Candida species analysed, the researchers have discovered between 190 and 270 such fragments, which may play a role in the infection

Schematic representation of the bioinformatics workflow for lncRNA prediction and analysis. 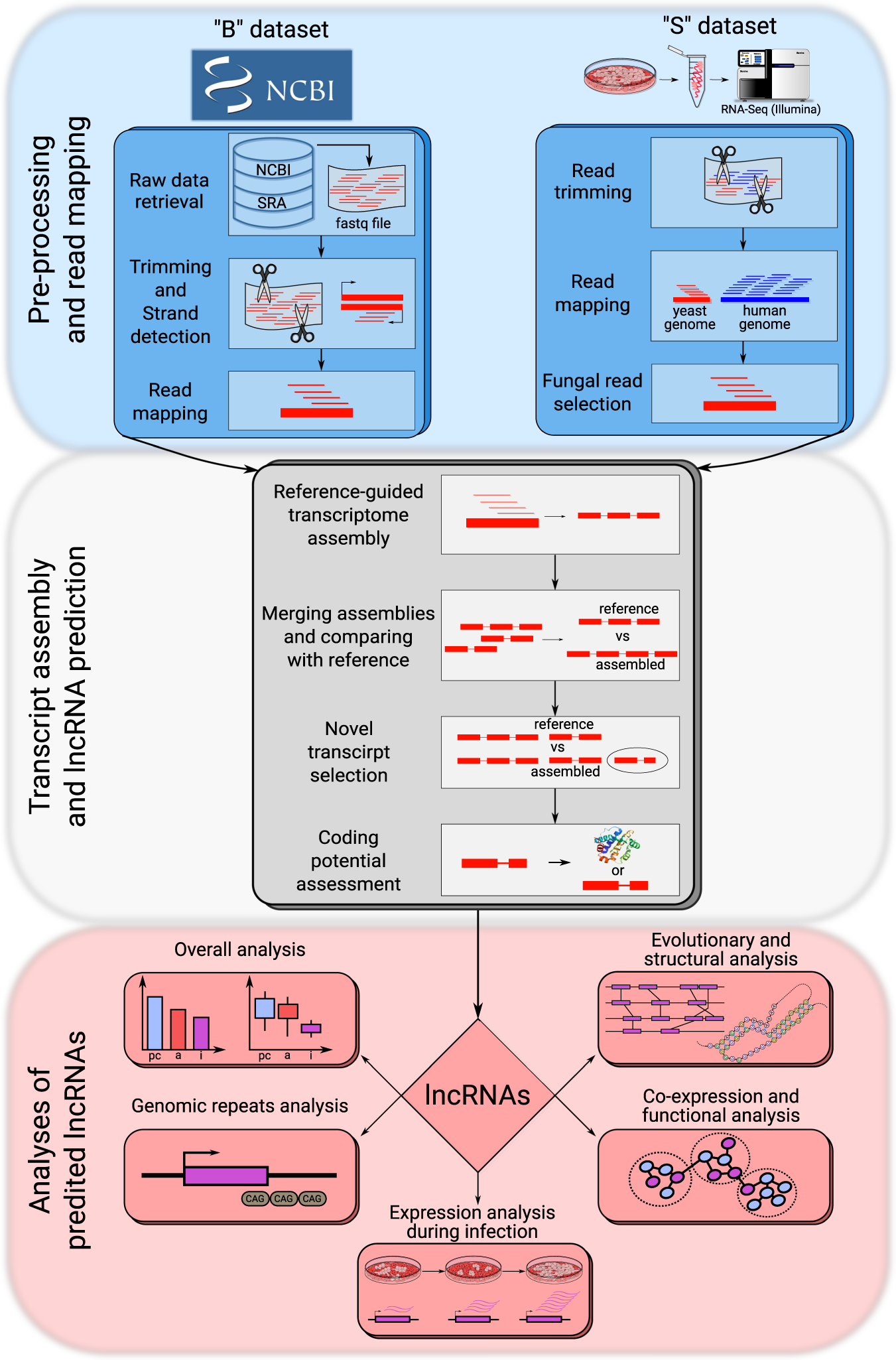 The various processes necessary for animal, plant, and fungal life are encoded in the form of DNA and stored in the cell nucleus. To carry out these functions, DNA gives rise to another type of genetic material, namely RNA, which is responsible for encoding the proteins that will ultimately execute cell functions. However, in some cases, these RNA molecules do not produce proteins but rather remain in the form of genetic material and usually have regulatory functions.

Researchers from the Comparative Genomics lab at IRB Barcelona and the BSC’s have identified a series of RNA fragments that do not code for proteins and that are related to the infection process of fungi belonging to the Candida genus. The scientists have analysed the presence of these fragments in several Candida species during the infection of vaginal epithelial cells and have observed patterns that correlate with the different stages of infection.

Long non-coding RNA molecules also show high specificity. That is, they differ between some species of fungi and others and are very different from the molecules present in human cells. This would allow the development of strategies to attack only the species causing the infection, thus minimising side effects.

“This discovery paves the way to use these RNA molecules as a therapeutic target, which could mean a paradigm shift in the treatment protocols of these diseases.” concludes Dr. Gabaldón. In future studies, the groups will focus on detailing the role of these RNA’s in the infection process.