Gene regulation by long non-coding RNAs and its biological functions

Evidence accumulated over the past decade shows that long non-coding RNAs (lncRNAs) are widely expressed and have key roles in gene regulation. Recent studies have begun to unravel how the biogenesis of lncRNAs is distinct from that of mRNAs and is linked with their specific subcellular localizations and functions. Depending on their localization and their specific interactions with DNA, RNA and proteins, lncRNAs can modulate chromatin function, regulate the assembly and function of membraneless nuclear bodies, alter the stability and translation of cytoplasmic mRNAs and interfere with signalling pathways. Many of these functions ultimately affect gene expression in diverse biological and physiopathological contexts, such as in neuronal disorders, immune responses and cancer. Tissue-specific and condition-specific expression patterns suggest that lncRNAs are potential biomarkers and provide a rationale to target them clinically. Researchers from the University of Navarra discuss the mechanisms of lncRNA biogenesis, localization and functions in transcriptional, post-transcriptional and other modes of gene regulation, and their potential therapeutic applications.

The involvement of long non-coding RNAs in cancer 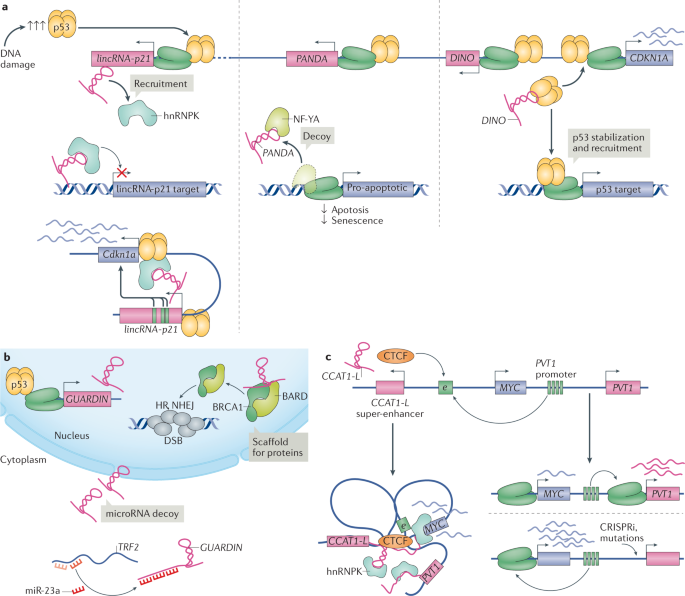