Long intergenic noncoding RNAs (lincRNAs) have been shown to be novel regulators for both transcription and posttranscriptional/translation. One of them, lincRNA-p21, was regulated by p53 and contributed to apoptosis in mouse embryonic fibroblasts. However, the impact of such regulation on colorectal cancer (CRC) remains to be determined. 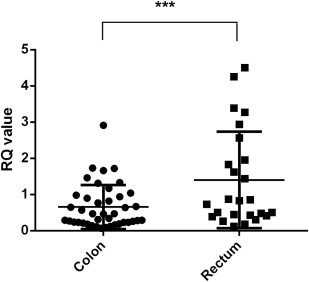 These results indicate that lincRNA-p21 may contribute to CRC disease progression.